Incorrectly portrayed in Western film culture as weapons, phurbas are a routinely used ritual implement in Tantric Buddhist practices. Phurbas are frequently incorporated into meditation and ceremony for the expulsion of evil forces, negative thoughts/emotions and/or disease. They symbolize “the activity of the Buddhas” and are used for blessings on certain occasions.

Phurbas are made using many different materials including various metals, wood, or bone. Composed of a handle and a three sided blade — there is much symbolism within each detail, but simply put — the handle embodies wisdom and the blade represents method (compassion).

The handle of the phurba often consists of one to three deity faces. If made with three deity faces, they are commonly wrathful, peaceful, and joyful but if using only one deity it is most often the wrathful deity, Hayagriva. The top of the deity’s head is typically adorned with a crown — more specifically a crown of skulls if the deity is Hayagriva — it is this end of the phurba that is used for blessings. 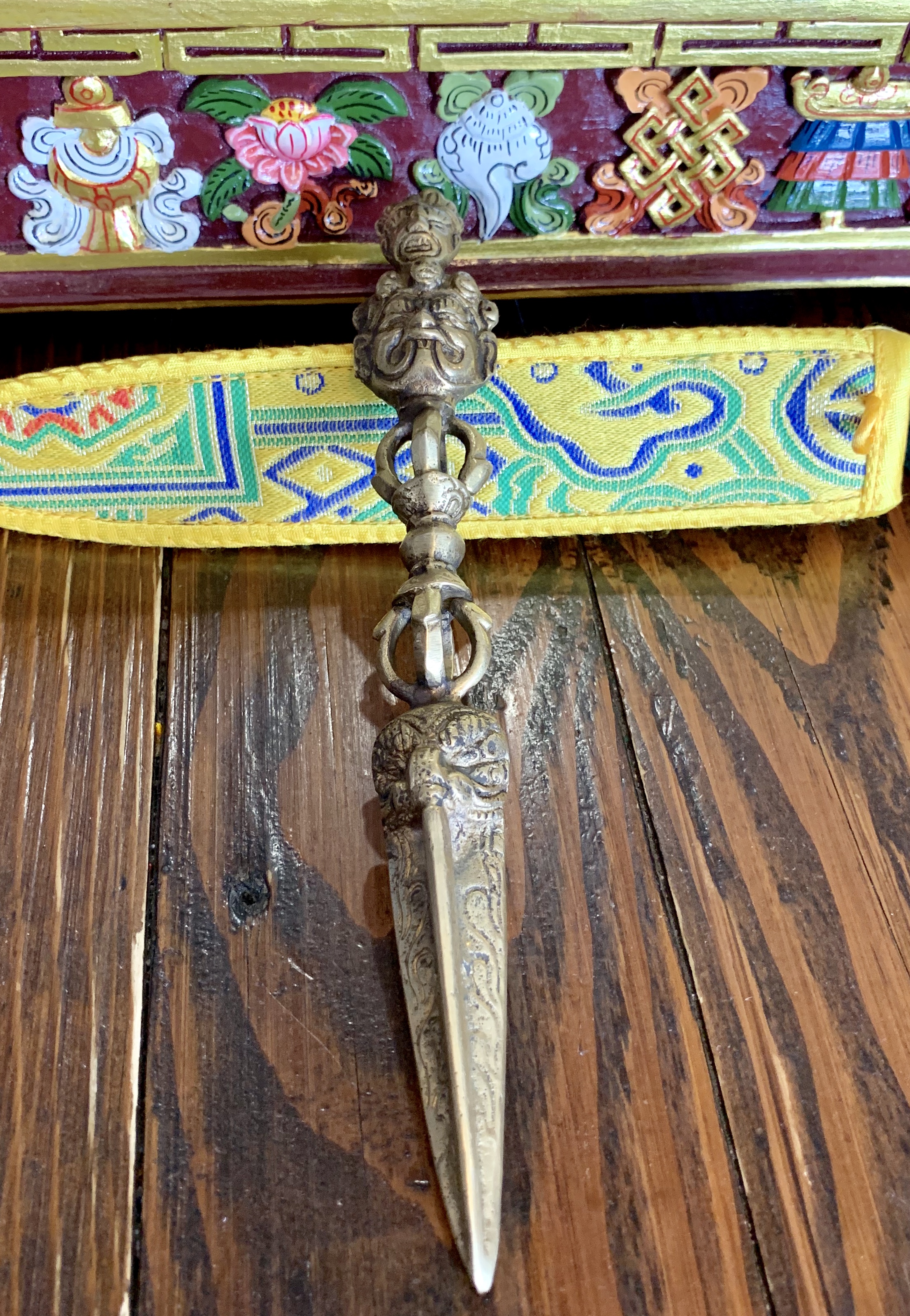 As an implement, phurbas appear physical but their primary power is the moving of energies and of the mind. Phurbas have been an important part of Vajrayana Buddhism for many centuries. For more information about Buddhist implements, please check our 108 Beads Blog often! Namaste.

Create an account with us and you'll be able to:

Fill in your email below to request a new password. An email will be sent to the address below containing a link to verify your email address.